After some trial and error, the codes are working great! There are some issues with our network blocking the link from playing but usually we can just sign ourselves in and hear the recording.

I must admit, I (Mrs. Hare) was doubting if anyone was going to listen to them. But soon after I finished putting them up, a couple of high school students were scanning the codes with their brand new iPad 2s! How cool! Now...if the middle school could just have one-to-one iPads...:)

Here is a quick rundown of what a QR code is. (We created recordings of an artwork reflection that were then turned into a code.)


Have you seen these odd looking black and white squares magazines, on signs, and online? They’re called QR codes, and they have the potential to do some remarkable things.

What is a QR code?
A QR Code is a two-dimensional barcode, which has encoded in it a URL (web address), text, or other information. It can be read by a QR code scanner including QR scanner smartphone apps.

How can I read a QR code?
If you have a smartphone, go to the app store and search for a QR code reader. You’ll find several free apps. Run the app and then hold your phone’s camera over a QR code to read it. Most QR codes you’ll come across have a URL encoded, so chances are when you read the QR code it will take you to a web page.
- Paul Steinbrueck, blog.ourchurch.com 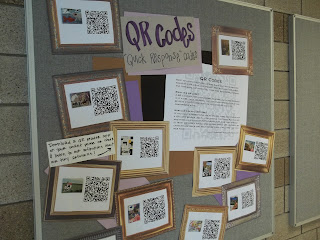 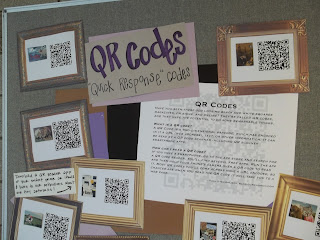 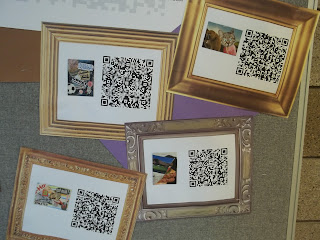 Posted by beckermiddleart.blogspot.com at 5:50 AM

The Art of Ed Presenter 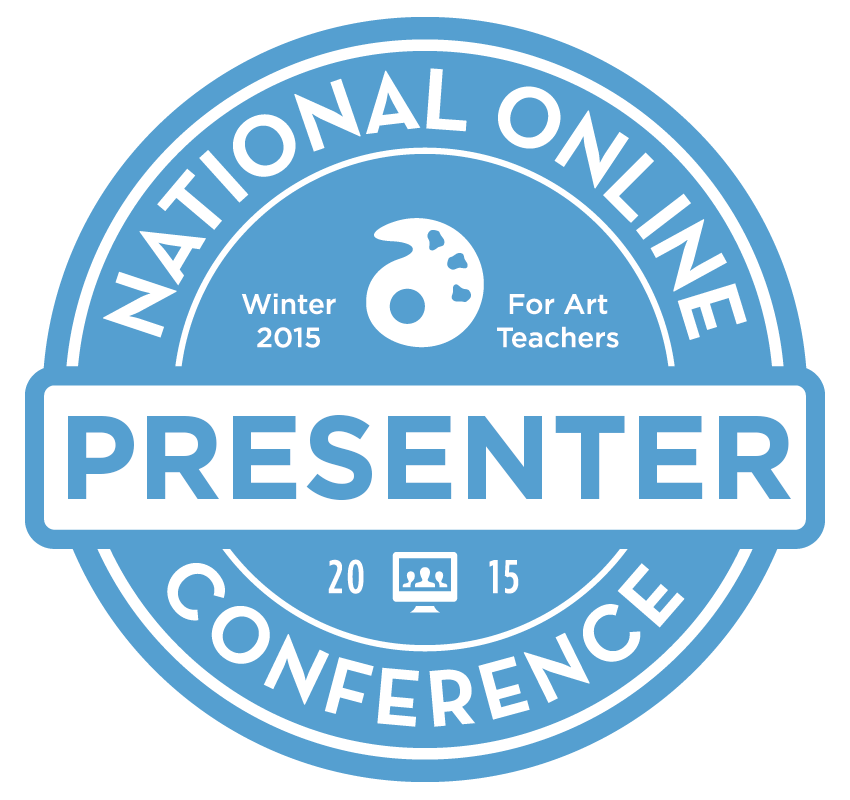